After 2 decades of suffering, I got diagnosed with lipedema in summer of 2015. Lipedema is a chronically progressive disease which is basically a very painful fat disorder, that almost exclusively affects women. It causes a symmetrical accumulation of fat in the subcutaneous tissue that disproportionately affects the lower limbs from buttocks to ankles. For 30% of the affected women, the upper arms can also accumulate distinct patterns of fatty tissue, which was the case for me.

Because I didn’t know I was suffering from a chronical disease, I developed different eating disorders in my vulnerable teenage years: I wasn’t aware it was not my fault my body was changing in a weird way at that time and lipedema can react heavily on any hormonal change or disbalance. And I didn’t know that there was nothing I could do myself to stop it.
Instead, I tried hard to fight myself and my body, which I hated more and more each day.

Besides the growing pain in my legs and arms, this inner fight was way more hurtful and destructive. I saw many doctors and therapists in Luxembourg, where I was born and living at that time. Nobody was able to diagnose me correctly.

In 2014, my husband and I moved to Germany. We were on a four-year sabbatical to find new enjoyable professional challenges. I was indeed very lucky having moved to Germany, where the specialists in lipedema diagnosis and treatment are located; otherwise, I would probably not have been diagnosed and treated correctly up until now.

I decided to completely change my life and focus on my mental and physical health. My lipedema therapy – a combination of compression garment, manual lymphatic drainage and diet – was very successful and my physical and mental health got better and better. I started losing weight due to healthy and fresh nutrition, and my fitness level increased because I was able to do sports again. In 18 months I managed to lose almost seventy pounds. I was actively taking control of my life again.

After one year of conservative therapy and weight loss, I had two lipedema surgeries which consisted in a specialized liposuction. The healing process is very long (one year) and painful and it is connected to mental ups and downs again. But I can say now, that it was all worth it: I lost another 10 pounds, and most important, my actual quality of life is far better than it was in the last twenty years! I have less pain, I have gained lots of self-confidence and I am exploring new interests and abilities I didn’t even know I had.

Using my powers for good

The surgeries are unfortunately not paid by the health insurance in Luxembourg. I decided to start to fight for my personal rights – and for a change in general. I had to learn the hard way that lipedema is largely unknown in Luxembourg and often misdiagnosed as simple obesity. There is almost no help for affected women in my country of birth.
I created a Facebook group together with a friend in 2016 to connect lipedema patients in Luxembourg and to get in touch with them. Inspired by its fast growth and the valuable exchange of information, we founded a non-profit organization in Luxembourg in January 2017, called Lipödem Lëtzebuerg a.s.b.l. 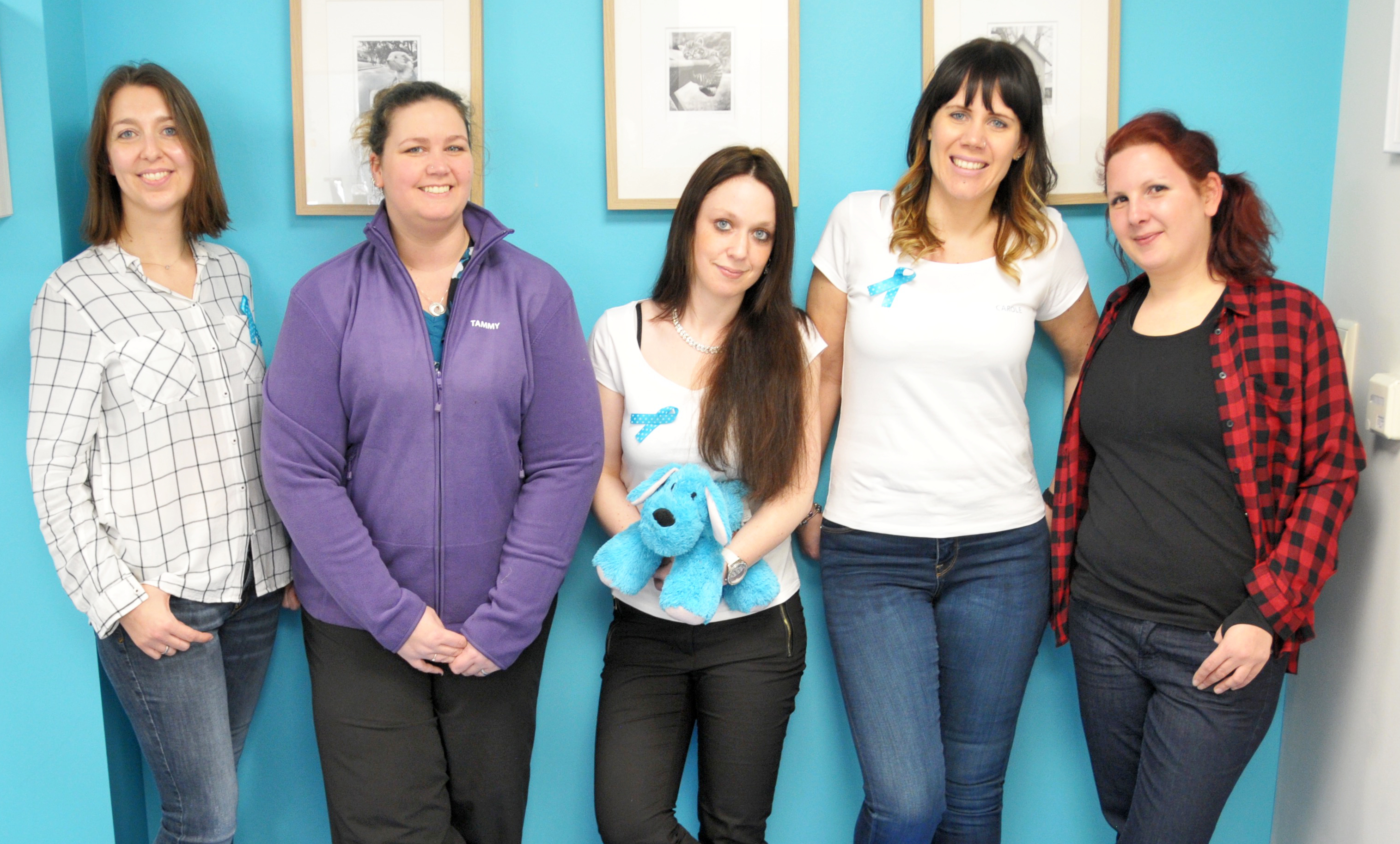 The feedback was enormous and I knew it would be very useful to create a website to reach more affected women, doctors, and other interested people.

I accepted the challenge and decided to set up a WordPress website. With almost no skills and within a period of seven days only I managed to create lots of valuable content with a nice structure. I realized what makes WordPress so special: everybody who has something important to share is given the possibility to raise his voice by WordPress.

We have been very active in educational work and we built a significant presence in Luxembourgish media in the past months.
We started a lipedema photo campaign to create sustained awareness in Luxembourg. I was one of six models and realized the layout and design of the individual slides. 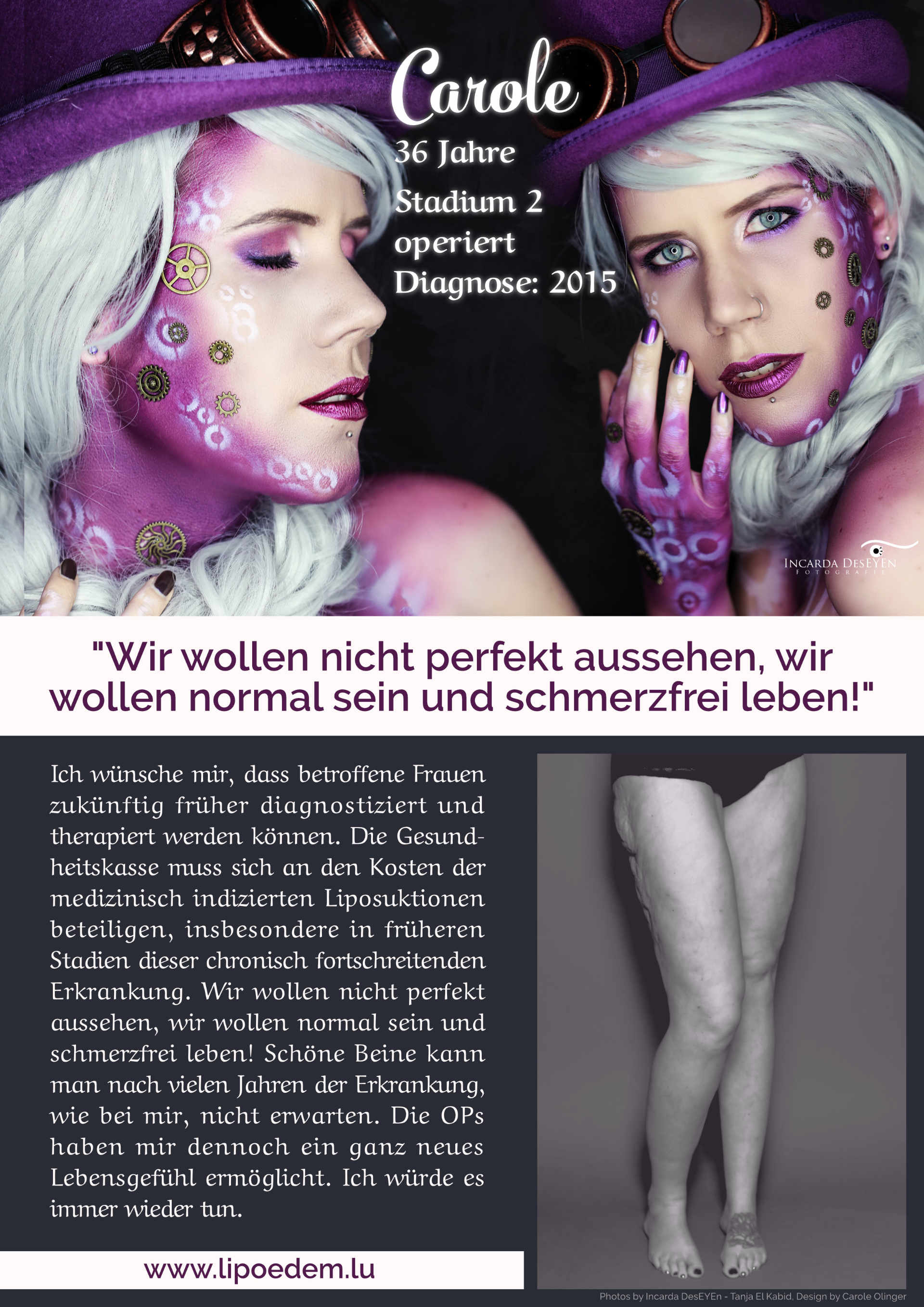 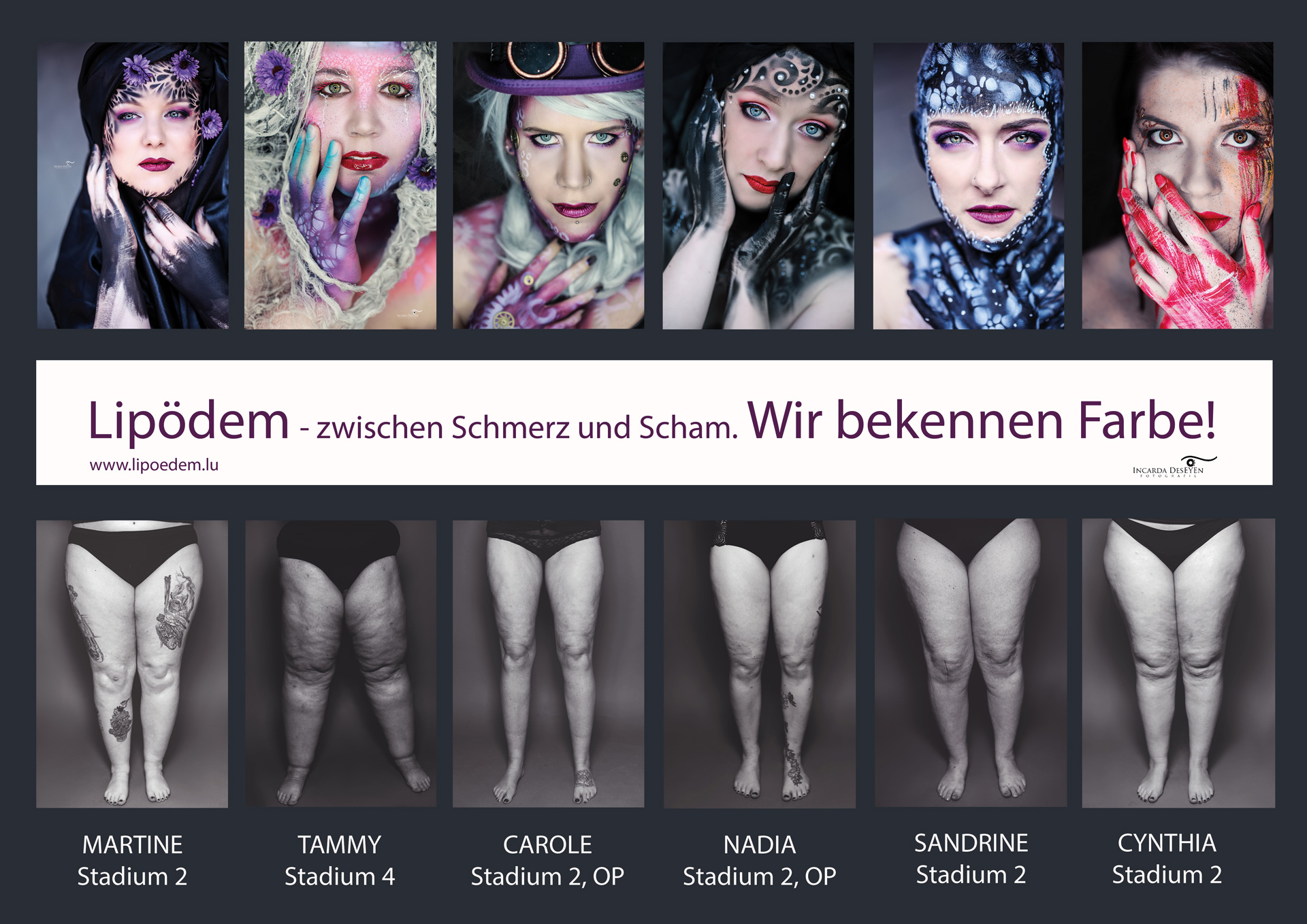 We connect people through self-help groups with combined exercise programs.
We have reached many lipedema patients through our website and Facebook, who thank us every day for our commitment as so-called lipedema fighters.
Meanwhile, in collaboration with the National Patients Representation, we have not only formulated concrete demands concerning diagnosis and therapy to the Luxembourgish Government, we also have organized the first lipedema conference in Luxembourg, which was a huge success. 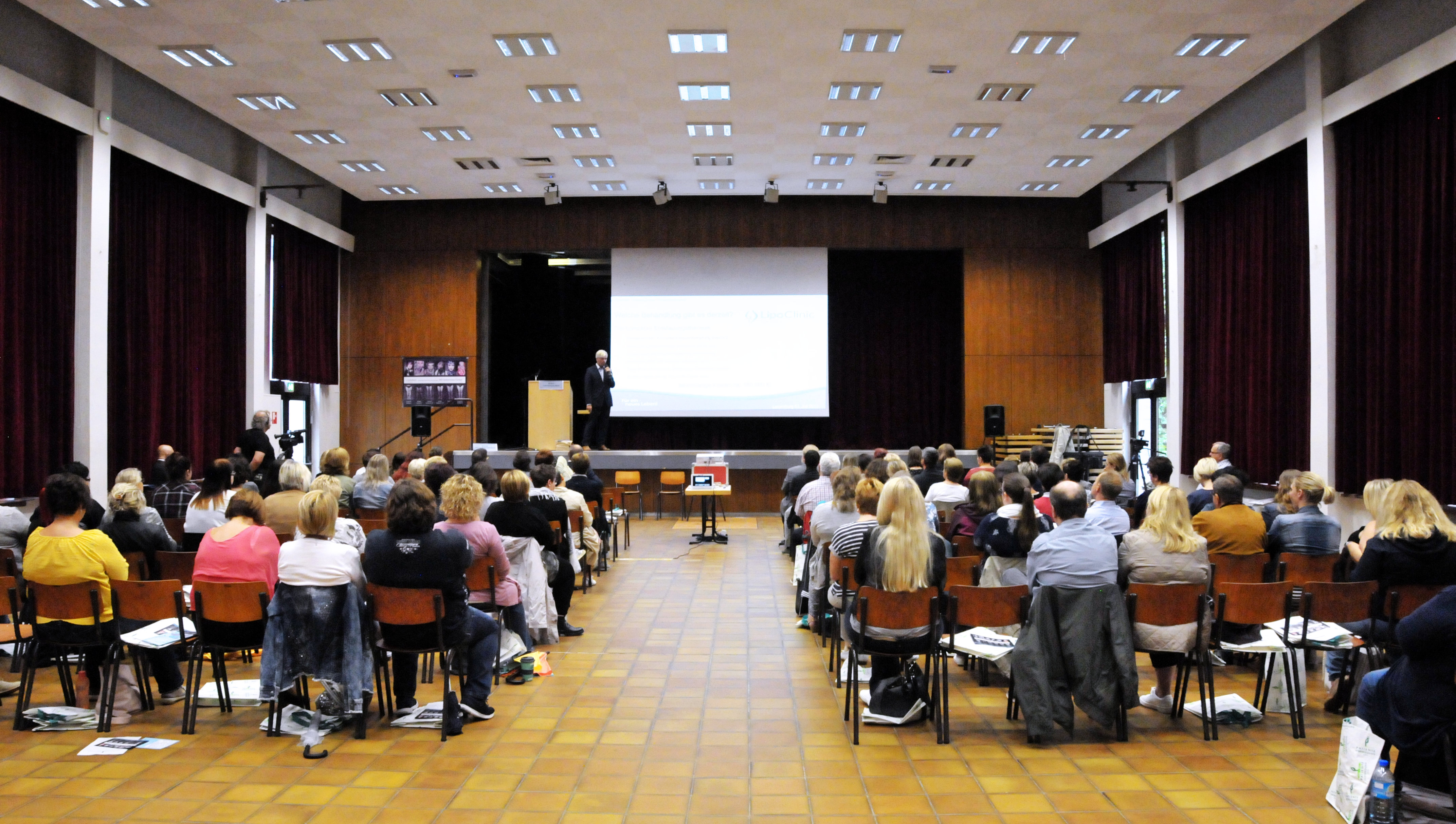 I am so happy that lipedema is now a topic of discussion in Luxembourg, which is not only a consequence of our devotion but also due to WordPress allowing me to build a website in a very short amount of time, and with almost no skills.

It is overwhelming to see how much attention and gratefulness our work has earned. It fulfills me in a new way that I had never experienced before in any job I had.

In the meantime, I was also fighting for my personal rights: I sued my supplementary health insurance at court in Luxembourg and I won this legal dispute in the first instance! My case would be a precedent in Luxembourg and would mean a change for many other affected women. Unfortunately, my insurer appealed the judgment and the final decision will take another estimated ten months. But I won’t give up now. I will continue to fight for myself and for other affected women for as long as it takes.

In September 2017, I will have my last surgery. I admit, that I am not really looking forward to it, as I know the struggle and pain waiting for me. But I have hope that after this last step, I will have some great years in a good physical and mental condition. I am aware that this chronical disease cannot be healed. But I know now, how to deal with it.

Posted in Lipedema
← My emcee preparations for WCEU 2017Becoming a “Pleskian” → 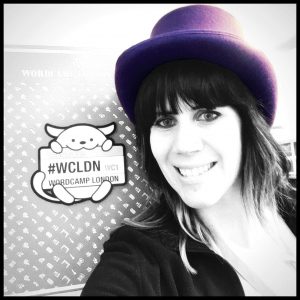 My name is Carole Olinger and I am a former Luxembourgish government agent on a four-year sabbatical to find new professionally enjoyable challenges.

I am  a WordPress Community-Junkie, Lipedema-Fighter and  and all-over passionate about dogs.